Lab Supply Distribution During the Pandemic 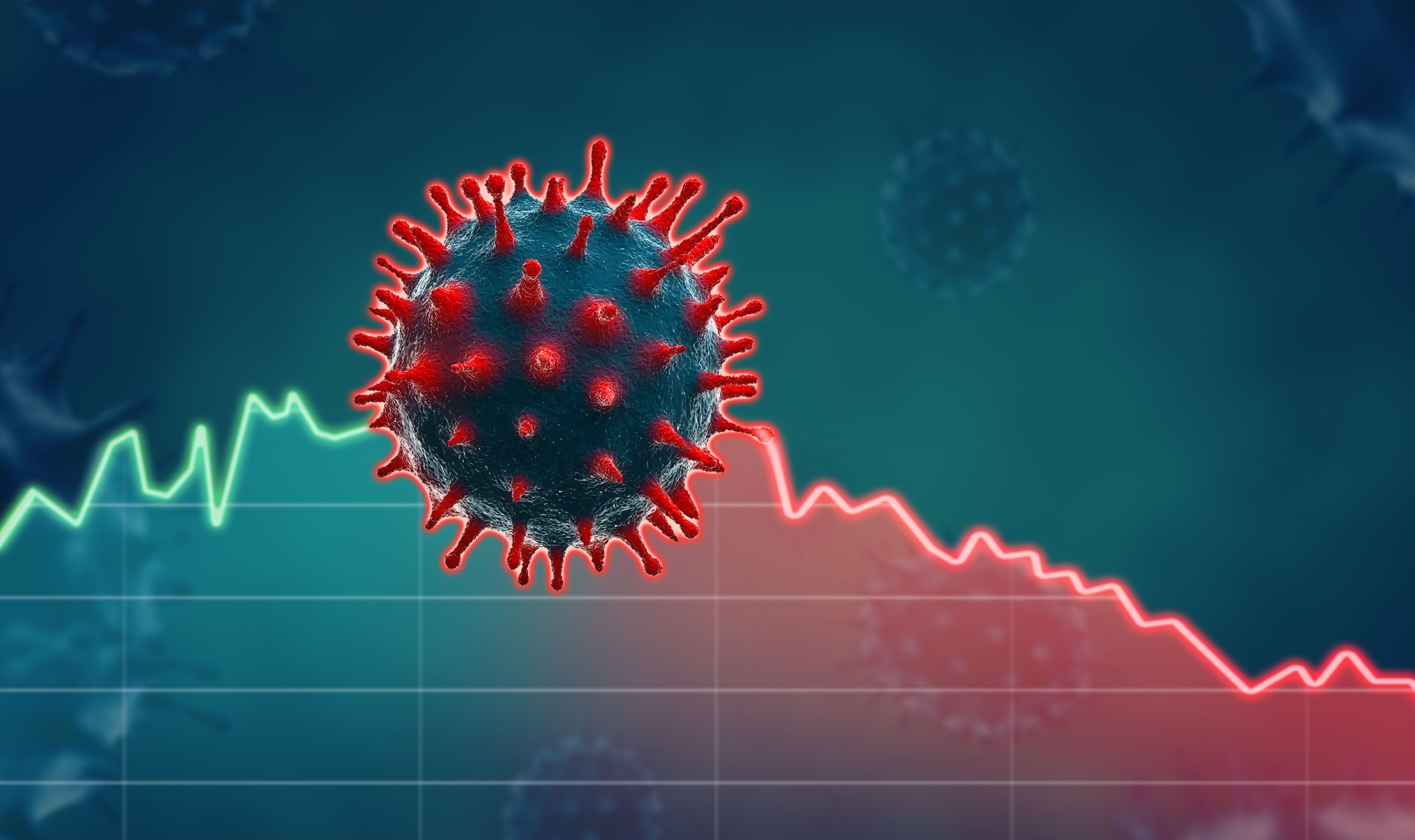 The supply chain for many items used in labs has been disrupted due to the Covid-19 pandemic.  We will take a look at what items have been impacted, how manufacturers large and small have handled it and explore the reasons for the disruptions and what can be done about it.

The lab supply manufacturing and distribution business has faced major disruptions in its supply chain due primarily to the Covid-19 global pandemic but not exclusively.

The problems procuring PPE became widely known in March and April and for many items, such as nitrile examination gloves, nasopharyngeal swabs, disposable protective garments and 200 and 1000uL sterile, filtered pipet tips - especially those used on robotic pipettors - remain in extremely short supply.

You would think that large, major distributors such as Avantor (VWR) and Thermo Fisher would have by now been able to use their global reach and huge volume buying power to fill the pipeline, but amazingly these huge organizations have fared no better than the small, regional distributors.  Perhaps playing on the supply and demand argument, large distributors have hiked prices dramatically, in some cases multiple times, on seemingly unrelated items such as HPLC grade solvents.

Even before the pandemic, America’s relationship with China, where a very high percentage of PPE is made, was unraveling.  The Trump administration's tariffs on goods sourced from China resulted in price hikes beginning in Q1.  FEMA and other U.S. government agencies as well as high dollar speculators stepped in and bought up entire factory capacities in China for the foreseeable future.  Existing contracts - even with major distributors - were, well, Trumped.

As we all know, the pandemic originated in Wuhan, China in January.  The Chinese government realized they would need enormous amounts of PPE equipment.  They began to divert products that would normally be exported for use within China.  U.S. companies who sourced from China were having their stocks depleted well before the pandemic hit the U.S. in late March.

With the travel ban in place and cargo flights few and far between, getting goods from China to the U.S. quickly cost as much as ten times more than normal.  The huge demand early on was for N95 or the Chinese KN95 masks.  Again, the U.S. production primarily controlled by 3M was dedicated to hospitals and first responders and under the control of FEMA, the CDC and FDA.

Because of this, many Chinese garment manufacturers quickly converted from blouses, shirts and pants to making KN95 masks, many of which were of very poor quality.  This created both a confidence gap for buyers here in the U.S. which wasn’t helped by the CDC who published an approved supplier list in March which was revised at the end of April with many of the companies that had been on the approved list in March removed.

The U.S. government stepped in and helped 3M and other manufacturers in the U.S. install state of the art manufacturing equipment which quickly ramped up domestic production.  Much of this production was dedicated to first responders and the government.  3M masks can be purchased today, but are still in short supply for general labs.

Hand sanitizer was in enormous demand in March.  Since the main component is ethanol, every moonshiner, distiller and pretty much anyone with an empty 55 gallon barrel jumped in to meet the demand.  Overnight supply far exceeded demand, every pump sprayer bottle around the world had been purchased and as you can expect, some of it was actually poisonous and was flagged by the FDA.  Today, hand sanitizer is readily available even from well known brands.

What is NOT available yet are bottles, containers and especially pump sprayers.  There are no domestic manufacturers for these and China is about the only source worldwide.  Even more surprising is that plastic bottles of nearly any size are still today in very short supply.

Early on, wealthy speculators and the U.S. government figured out that a) the demand for gloves would skyrocket, b) there was no domestic production available and c) there was no “fix” to boost production quickly like there was for N95 masks.

The main ingredient in gloves - even nitrile gloves - is latex. (Nitrile is introduced into the process to convert potentially allergenic latex to a non-allergenic hybrid.)  Latex comes from rubber trees.  Rubber trees only grow in the tropics and especially southeast Asia.  China, Malaysia and more recently Viet Nam produce the vast majority of gloves.

China’s production was bought, in its entirety, by FEMA and speculators.  This took China out of play and left Malaysia and Vietnam as about the only source of products which could be purchased by non-billionaire buyers.  The U.S. contracted with China at prices that were 2X the pre-pandemic level.  Overnight, the starting price for gloves was elevated to the price the U.S. agreed to pay China - worldwide.

The problem is that glove manufacturing is as labor intensive as a meat packing plant.  In order to social distance, plants must operate at 50% or less capacity.  This will be the case until a vaccine becomes available.  Building new plants will take years and enormous capital outlays that nobody is willing to make knowing that when a vaccine ends and the U.S. contracts are fulfilled there will once again be an oversupply.  Today and until a vaccine is widely available, gloves will continue to be tightly allocated and in short supply at much higher prices.

With no U.S. domestic production to speak of, again this is an item that China produces.  As mentioned previously, if they need it for the Chinese domestic market, it will be diverted which was the case in Q2.

The problem with garments - especially SMS and sterile SMS - is that it is prohibitively expensive to ship by air.  This is a product that must go by container ship.  The lag between order, production, transit and delivery to suppliers can take 2 - 3 months under optimal conditions.

An interesting fact is that SMS materials are notoriously hard to sterilize.  They do not gamma irradiate well, they melt under Ethylene Oxide and autoclaving is out of the question.  The Chinese have developed a sterilization method that at this point nobody has figured out how to copy.

The prognosis is that the supply of these items should rapidly improve as long as the outbreak in China doesn’t spike again.

What these all have in common is that they are used in Covid-19 PCR testing which is still the gold standard.  Governments around the U.S. have enlisted the help of virtually every lab who owns a robotic pipetting station (e.g., Tecan or Hamilton) to start using them to run samples.

These machines use huge numbers of tips in a day.  Nearly all of these are conductive, filtered and sterile.  I.e., the most expensive and hard-to-make tips you can buy.  Every major manufacturer of tips (there are surprisingly few even with all the hundreds of brands you see on the market) is on backorder on these tips with delivery estimates months out.

Since they run these on injection molding machines which are tied up making these tips, there is no way to produce other common plastic items in their portfolio such as microcentrifuge tubes, PCR plates or regular pipet tips.  This is a huge problem right now and will remain so through the end of 2020 and into Q1 2021.

Swabs and transport tubes were primarily made by Puritan Medical.  FEMA took over this company's entire production and so the only source of these left is (sorry to say) China.  The price on swabs has quintupled and the minimum order requirements Chinese companies are asking are staggering.

70% Isopropyl alcohol is not technically a chemical.  It is a solution of 70% 2-Propanol (IPA) and 30% water.  The water slows down the evaporation rate and allows the alcohol more time to kill viruses and bacteria.

While we are on this subject, I have a burning question:  “Why do people insist on and buy sterile 70% IPA?  Since this stuff kills every microorganism it comes in contact with, isn’t the “sterile” unnecessary and just adds to the expense?  It’s probably some FDA regulation, I get it but for the life of me, I don’t know why there should be a regulation in the first place.

Back to the subject - chemical manufacturers were responsible for the shortage primarily due to the early shutdown.  After production resumed, the pipeline for IPA quickly filled.

70% IPA is the “active ingredient” in many of the saturated wipes.  There are a number of other EPA approved disinfectants but wipes are still hard to get.  My suspicion is that with the reopening of schools, this has continued to put pressure on the supply chain.  This should improve early next year if plants continue to stay open.

Are Manufacturers and Distributors Using Covid as an Excuse to Raise Prices?

The “price leader” as some refer to it, is Avantor (VWR).  Every client I have spoken with tell me that Avantor / VWR has been raising prices nearly continually since Avantor purchased them.  This has accelerated to epic proportions since the Covid outbreak.

Thermo Fisher who usually is in lockstep with VWR didn’t completely follow VWR down this rabbit hole.  Their price increases have been more selective but on some rather key items that shouldn’t have been affected by the pandemic such as HPLC grade Acetonitrile.

Manufacturers selling items made of plastic that are in huge demand have raised prices.  However I don’t see much evidence that they are raising prices to levels that could be termed price gouging.  The problem is, many of these companies absorbed the tariffs last year, hoping that by the time they reordered the trade war would have been settled.  It isn’t and so now they are having to bite the bullet and pass these along.

One particularly annoying policy some companies have put in place since the pandemic reads something like this:  “Due to the Covid-19 pandemic all orders are final when placed.  No order may be cancelled or modified.”  There is just no excuse for that for non-special order items.

These are challenging times for all of us in this industry.  What looked like a robust supply chain pre-pandemic has revealed itself to be far from robust when the stress of this pandemic, speculators and huge government buyers was applied.

At LPS, we are doing everything we can to bring you the supplies you need and will continue to do so until this pandemic departs and normalcy returns.

You have no items to compare.